Wink planned the Western Loop part of our trip while we were visiting with family and friends in Dallas. Wink and I and the two granddaughters (Amber and Emma) spent 2 months (July 1-Aug 26) on the road and traveled 8500 miles when the car was finally parked at the Boat on August 26, 2007.

It was a fantastic trip for all of us on the road, so I'll only highlight the adventure with our agenda and some photo’s.

Dallas, TX
We were in Dallas for a week visiting with the grandchildren’s parents.
We also visited with Wilma’s brother Charles.

Wink, TX
We drove through to check it out for Wink. 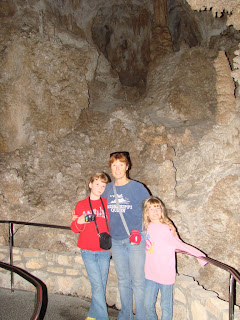 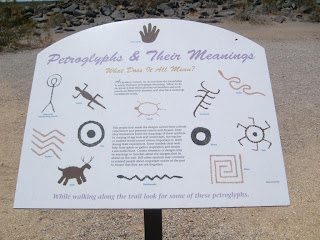 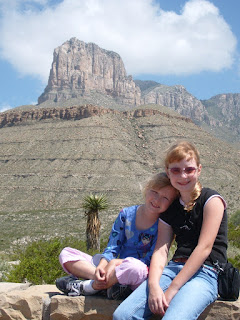 The tallest spot in TX is near El Paso.


El Paso, TX
(Camino Real Hotel) – could see Mexico from our window
Went shopping for Jeans and Western Shirts. I wish I’d gotten a pair of boots and a hat too. 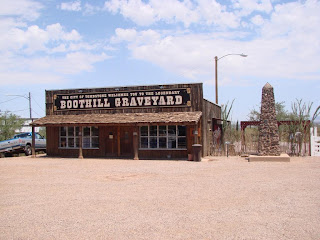 San Diego, CA
(Wink’s Brother’s Home) We were there for the week of
Wink’s brother John’s Hawaiian Wedding – Great event and
had lots of fun with 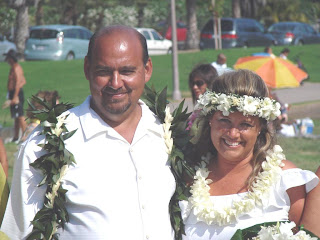 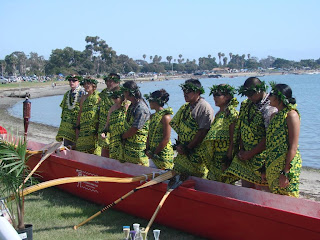 The bride is a member of the local
paddle club which honored them with an
Hawaiian Chant and assisted in making
all of the head dresses and lei's for the wedding.
Wilma learned lots more of Hawaiian Culture.

Wink was born in Honolulu, HI

Lompoc, CA
We had to drive through because Wilma use to live there about 30 years ago. 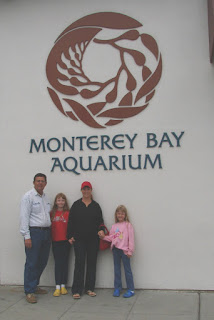 Sacramento, CA
We were visiting with Wilma’s cousin for 3 days.
We panned for gold in the American River (no luck)
Wilma and her cousin William had a great time catching up. 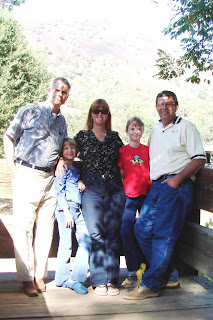 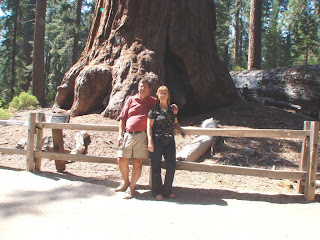 General Grant, third largest tree in America
Wilma was there 30 years ago with her son and wanted to bring her grandchildren.
Sequoia National Park, CA
Lots of impressive large trees. 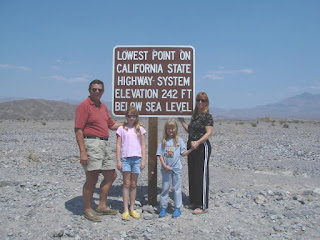 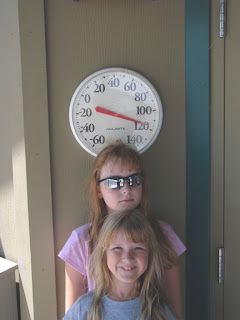 Las Vegas, NV A drive thru during the day. 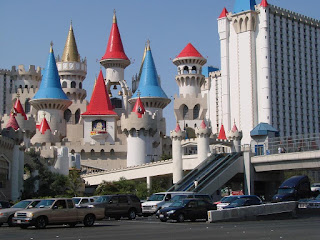 The girls enjoyed the architecture.


Hoover Dam, both NV and AZ 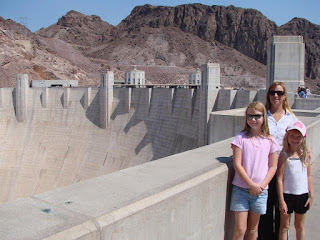 A spectacular site of the Colorado River. A bridge is being built to bypass the dam.
Terrorism threat is a worry that American must now have to accept.


(Best Western) This is a neat little town that has tourist shops and is very idealist for the Fifties.
We wish we could have stayed longer.


We went to Bedrock City, AZ 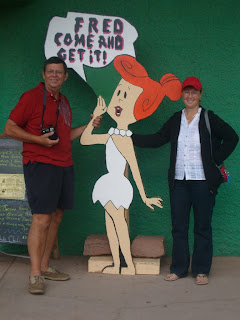 Wilma is a Flintstone nut and she needed some more Tee Shirts. 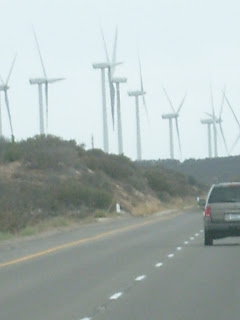 There were lots of Wind Farms in the West.

Ft Sumner, NM
(Billy the Kid Grave and Gift Shop
The gift shop is owned and ran by a great couple and
they have a very nice selection of great products.

Plano, TX
We stayed in Plano for a week. Our daughter-in-law made
the decision to move back to Florida so we help her
pack and move to Delray Beach, FL before returning to the boat.

Our travels back from Texas included stopping at Wilma’s sisters
in McGehee, AR, her mother’s in Yazoo City, MS, Wink’s aunt in
Live Oak, FL, two days at our condo in Sarasota, FL, another
night in a Best Western in Boca Raton, FL and then Wink’s counsin
in Stuart, FL and on to Green Cove Springs, FL were the boat
has been waiting for us.

We enjoyed our LAND vacation but are thrilled at being back on board
John Henry. We've discovered that leaving the boat for 2 months is good for
the soul, but bad on the A/C strainers and the boat bottom was full of barnicles.
We'll have to plan a more compresensive caretaker for the boat if we do this again long term. It's taken us almost two weeks to get everything cleaned up, and washed down.

I hope to update the blog again shortly for our new adventures on John Henry.
We've already had a couple of interesting events at Green Cove Springs, FL so .....
Stay Tuned........
Posted by Wink and Wilma at 12:11 PM 2 comments: