We went to Crazy Horse Monument which is only about 2 hours from Rapid City, South Dakota.
No government money accepted. This is a private enterprise sponsored by the Indians and start in 1948. Korczak Ziolkowski who also worked on Mount Rushmore was asked to start work on the Monument. Later he met and married Ruth. They had nine children who all helped on the monument. After Korczak died, the monument is still being built by a number of the children. 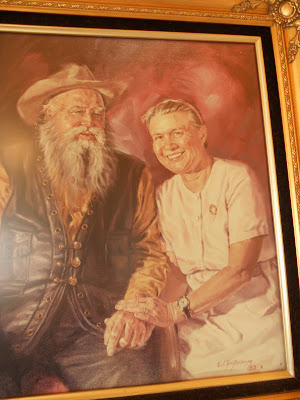 This statue is a minature of what the monument plans to looklike. Crazy Horse is a lot larger than Mt. Rushmore with full size Amber, Emma and Wilma 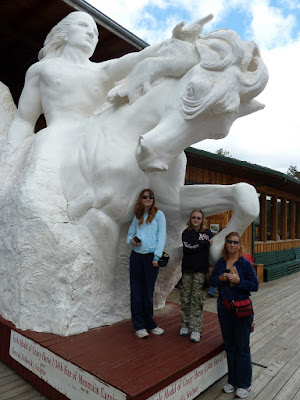 I think the head of Crazy Horse is about the size of Mt. Rushmore. 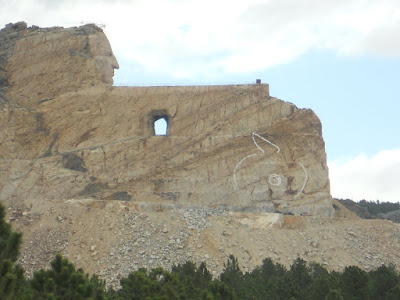 Here is a marked up version of how it is suppose to turn out. 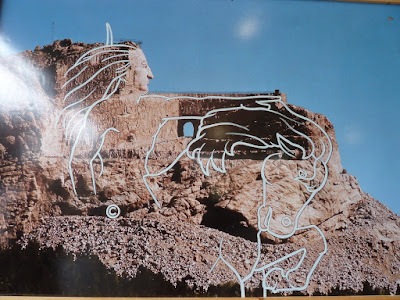 We also went to the Badlands where Emma is posing. 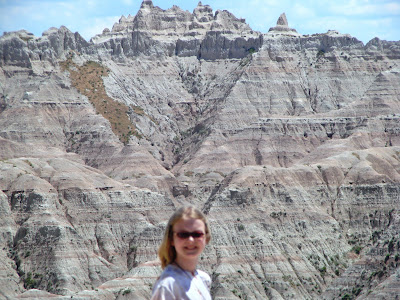 Amber and Emma in the Badlands. 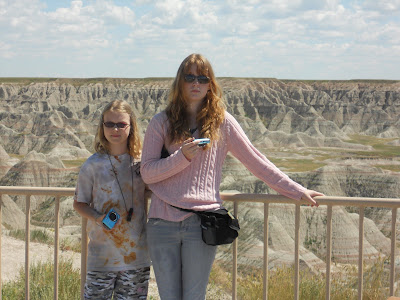 Amber is sworn in as a jr. ranger for Badlands National Park. 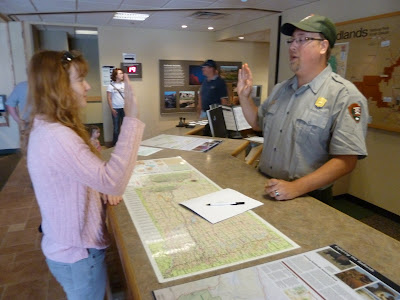 We drove through Wind Cave National Monument, but it was so crowded that we decided to just look for wildlife. Our first Buffalo sighting. We actually learned that Buffalo is not the correct name - no buffalo in United States, they are Bison. 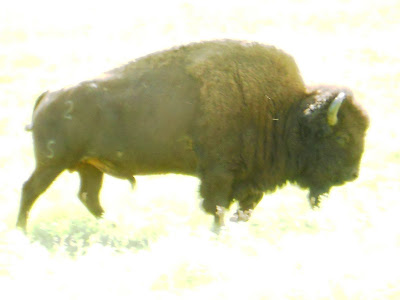 Prairie Dos - Millions of them. 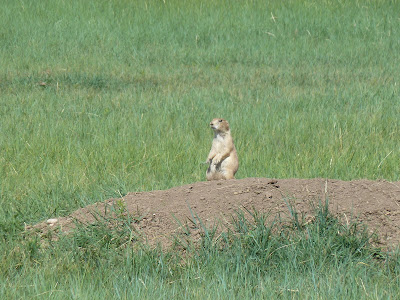 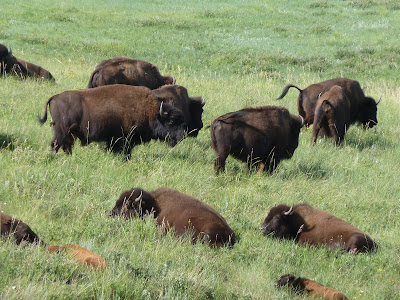 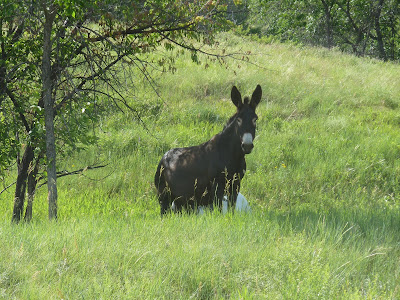 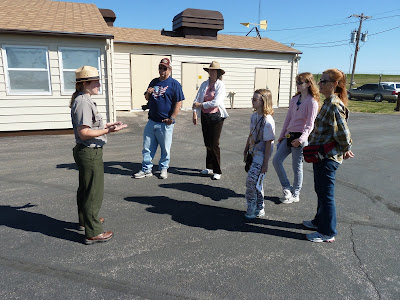 We went in groups - only 6 people at a time allowed into the site. Wink taking this picture of the Ranger, two people in our group and Emma, Amber and Wilma. 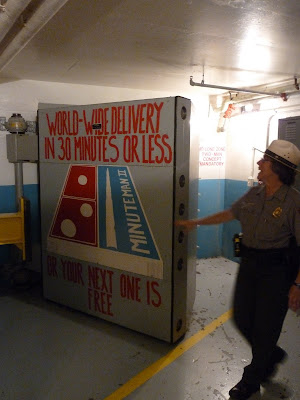 The blast door is 3 feet thick and is decorated by the airmen who worked on the site. 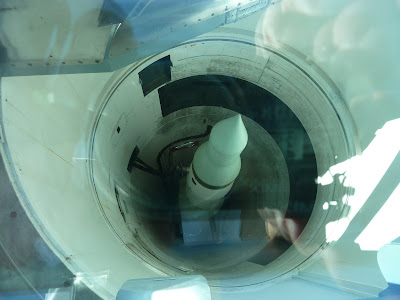 Just 4 miles away is the action Missle site preserved for mankind to know what the cold war was about. The girls earned another Jr. Ranger Badge at the Minuteman Missle Site. 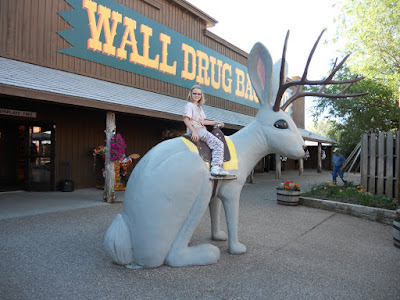 We also went to Wall Drug where Emma was our action model. 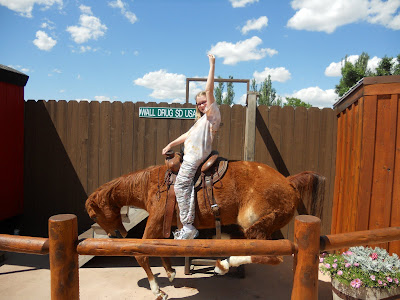 Emma riding a Bucking Bronco. She was great, never fell off. 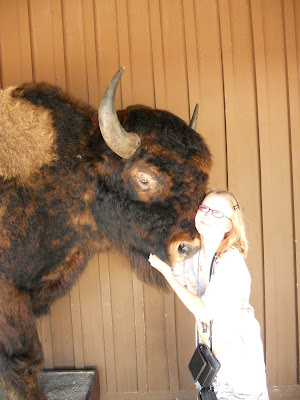 Emma enjoys a snuggle of a Bison. 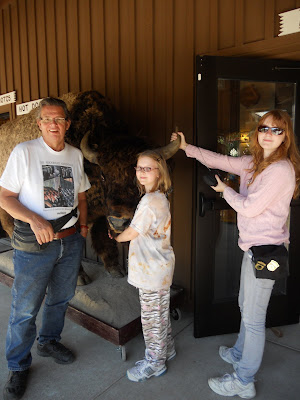 Wink, Emma and Amber pet the mechanical Bison. Wall Drug was too commerical for us.
Posted by Wink and Wilma at 10:53 PM