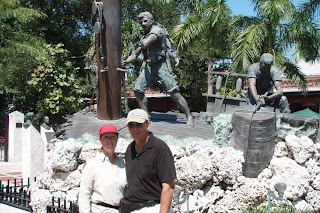 We’re still in Key West, FL. Yesterday other members of the Great Harbour family came by bus from Marathon to Key West. We got together and had lunch at the Turtle Kraals restaurant. The group consisted of: Wink and Wilma from John Henry, Joan and Bruce from Forever 39, Barb and Randy from Lazy Dolphin, Betty and Klaas from Moon Beam, Lois and Carl from Puffin, and Judy and Gene from Lo Que Se A.

We stayed 4 nights at Key West Bight Marina which is very nice. Wink and Wilma took their bikes out on each of the three days and really toured the town. We estimate that we biked 50-60 miles overall. That’s a lot considering we just got our bikes for Christmas and this is our first outing since Green Cove Springs.

On Wednesday, we moved from the marina to the City Mooring Balls. This was a bit tricky. The city doesn’t have any pennants on their mooring balls because people have too often taken them. We had to catch the mooring ball from the stern, hook up our line and then managed to get it to the bow. We had a plan in place to do the whole thing ourselves, but luckily and as it so often happens, boaters help boaters. Another boater took the time to come by and assist us with getting set up to the bow. Thank you, our angel.

The winds have been fairly heavy and we have not had much success with fishing. The silver lining is that we are resting well, doing our blog work and the boat is getting a good cleaning on the inside.

The dogs miss going on their walks which they get to do only in marinas, but they are old and lazy and fit right into the style of boat life. 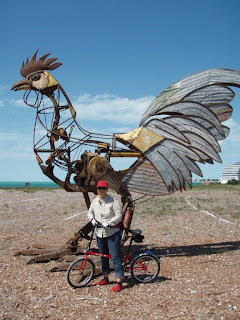 Here’s a couple of pictures of Key West for your viewing pleasure. Key West has free roaming chickens and I love to hear the rooster. Imagine my surpise to find this at Fort Zachery Taylor. 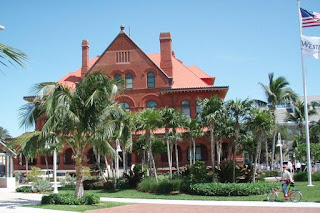