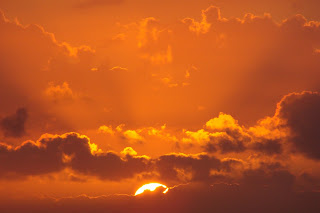 Hi Everyone! We made a transit from Sanibel Island to Stump Pass on Tuesday, March 20th.
While we were in the Gulf, we decided to stop and drift fish for about an hour hoping to catch some Grouper.
We did catch some fish from the Grouper family, but it's not you average grouper, it's called Sand Perch (we're used to called them Squirrell Fish). We caught over a dozen which is just enough for dinner and maybe a lunch. They are not very large fish, but they sure are tasty.
We anchored overnight in Lemon Bay which is just north of Stump Pass. This is the same location that Forever 39 and John Henry anchored on their way north. We left Lemon Bay on Wednesday morning and arrived in Sarasota about 2:30 in the afternoon with very high winds just as we wanted to anchor. Wilma and the dogs went ashore to retrieve the car with helps from our friend Morgan (thanks for always being around). 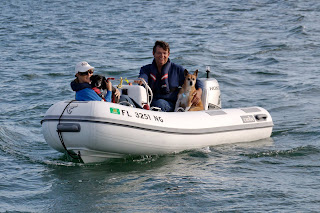 On the return to John Henry, Brooke took this family portrait for us. Brooke and Dee are here for a few days and then they are heading south on Saturday. I
Posted by Wink and Wilma at 12:29 PM