Every January the Royal Marsh Harbour Yacht Club has a Chili Cookoff. The chili is cooked only by Men - the chili comes in many flavors - really good. 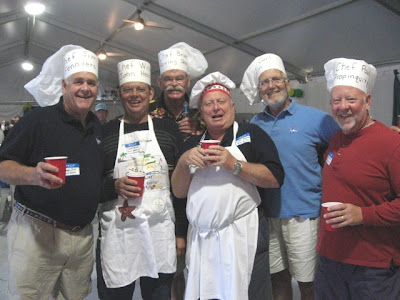 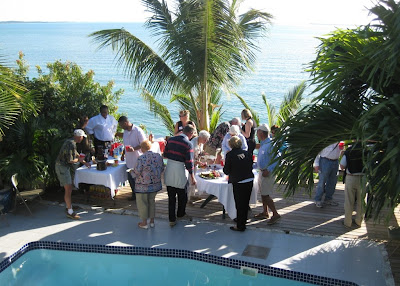 One of the land members has a catered party
for the yacht club memberevery January. 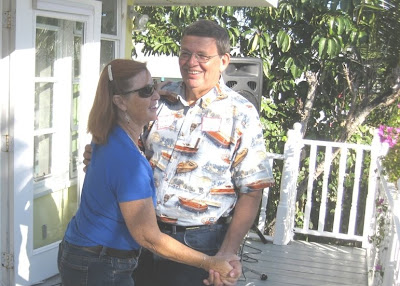 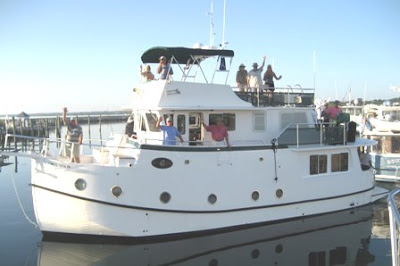 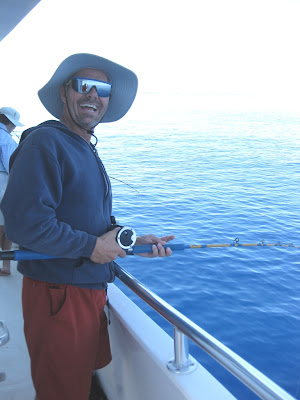 Doug waiting for the fish to bite. 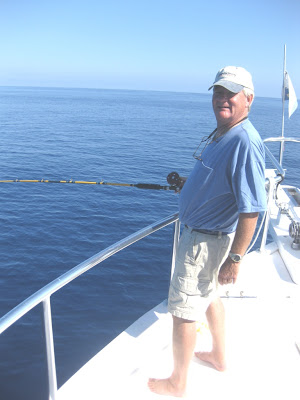 Jim caught one right after this photo. 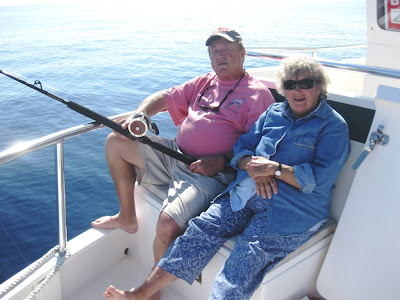 Robert fished and Carolyn had a great time - Best Day Ever, she said. 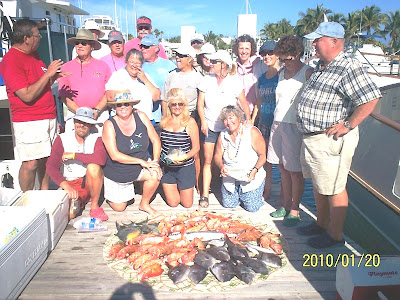 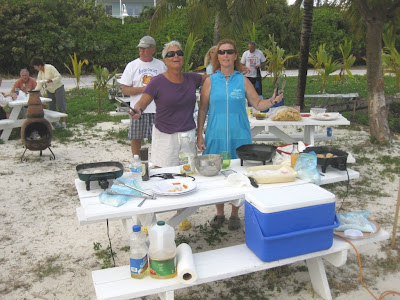 Mary and Wilma were two of the cooks at the Fish
Fry held on the next night. 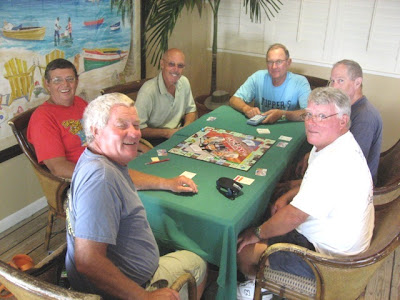 Wink and the guys played Monoply
about three times a week. 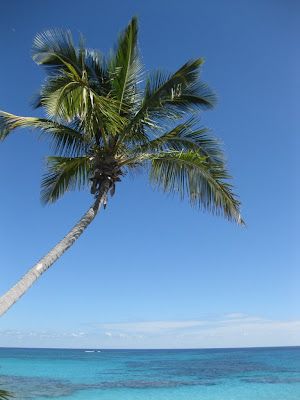 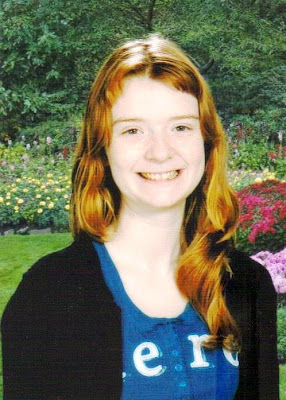 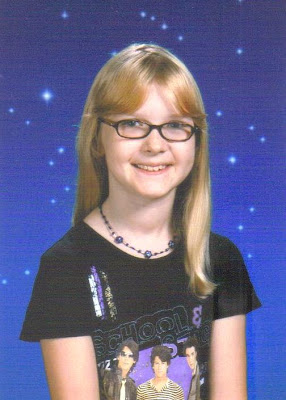 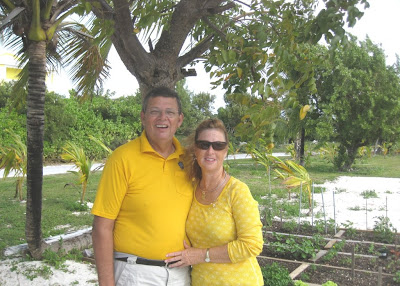