Saying Goodbye to Friends for Now! 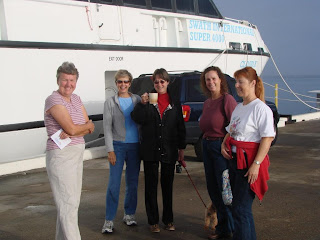 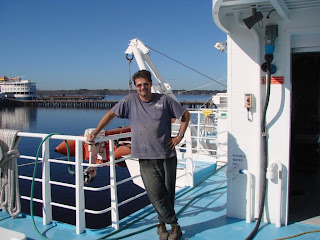 Thanks to Tim on Cloud X, here are some neat pictures of Reynolds Park. 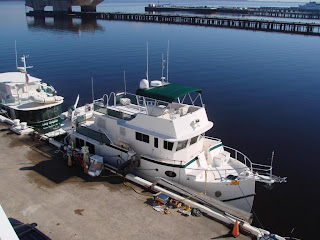 Here's a picture of John Henry and Lazy Dolphin from the top of Cloud X. 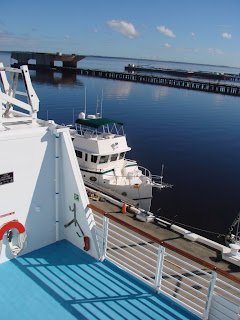 Another pic of John Henry from on top of Cloud X. 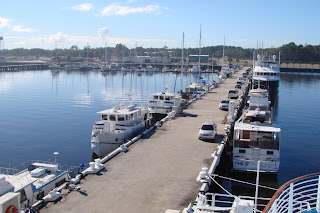 This shows East Passage, Berlie Mae on left and Semper Fi III on Right with Who Cares behind. 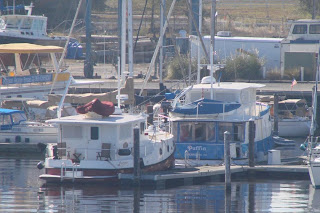 At the floating dock, there's Avocet and Puffin. 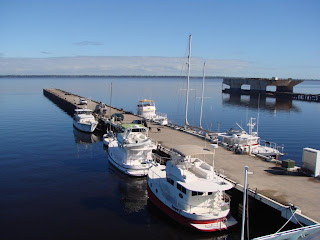 At the end of the dock, Christina Sea & Moon Beam on right. Frank's boat on the far end (what a nice family), Nick's boat is next (look hard because it's small), then Silver Queen and then Semper Fi II closest on the left.

We worked hard to make all the deadlines, but thanks to God, Andy decided to tag along with us on Sea Dee. He still needs to provision so we’ve agreed on leaving Wednesday.
Wilma went around saying goodbye to all and took some RPYC pictures from the top of Cloud X. Bettie hosted a ladies night out and a chic flick on Moon Bean. We watched “Notebook” starring James Garner. Here are a few good pics of Reynolds Park.....
Posted by Wink and Wilma at 3:08 PM