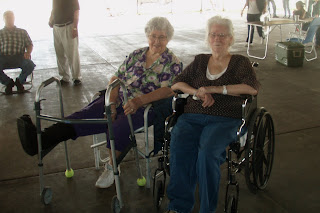 We were scheduled to make a trip to Frankfurt, Germany, but due to extremely long range planning and circumstances beyond our control, the plans have been postponed.

We decided to go on a road trip to Texas to see Wilma's son, her brother and some of our friends.

After Texas went to Mississippi to visit with Wilma's family. Her mom had fallen and broken her leg several weeks, but this didn't keep her down. Wilma and her sister Geraldine took their mom, dad and their mom's brother, Uncle Red to a family reunion . The picture above is Wilma's mom (with broken leg) and her mom's sister (Aunt Lora). 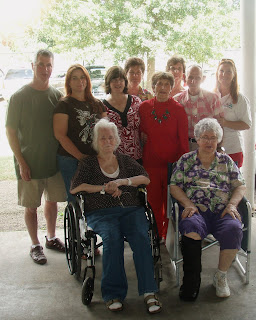 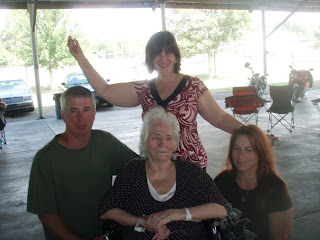 Imogene and Wilma grew up doing all sorts of funny stuff for pictures so Imogene decided to throw a funny in on this family shot. Her brother Kenny & sister Connie posing around Aunt Lora. 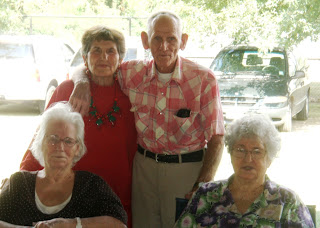 I know they look like senior citizens, but Four of the six children pose here.
Aunt Lora, Aunt Catherine, Uncle Red and Wilma's mom, Claudine.
Missing from the picture is the oldest, Aunt Ruby who currently lives in Louisanna and the youngest, Aunt Vivian who was at the reunion, but busy with the auction at the time of the photo. 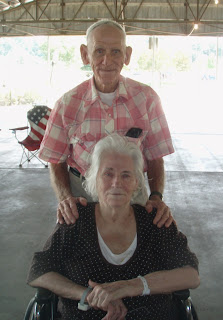 Uncle Red and Aunt Lora are twins. Uncle Red use to have Red Hair (hence, his nick name being Red). His real name is Lois.
They are 82 years old. 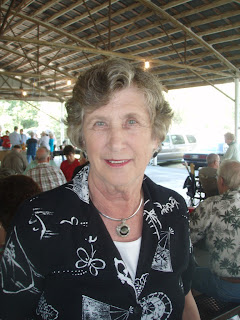 Here's a picture of Aunt Vivian that Wilma was able to collect before they left the reunion.
The Sibley Warnock reunion is held every October, but this is the only one that Wilma has ever been able to attend.
This year it was held on Wilma and Wink's 11th Anniversary. October 11, 2008. 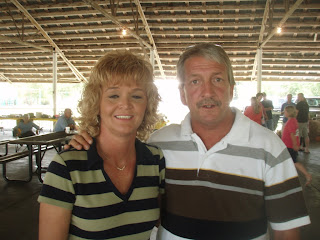 Danny Gordon and his girlfriend were able to make the reunion.
But this photo was taken with the joking statement that if they find our boat somewhere on the seas, they could have a boat ride.
Just keep a look out. 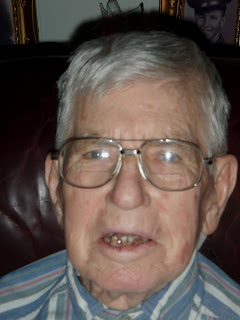 Wilma's dad, Hardy was happy for their visit. 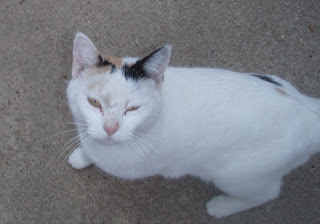 Mama Cat purrs excitedly when you exit the family home. 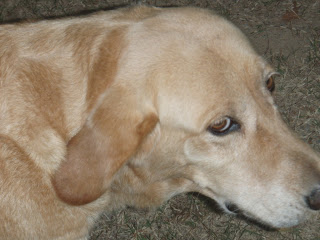 Yellow, the dog hasn't missed many meals.
She is a pleasant and happy dog who's loyal to Wilma's parents. Someone just dumped her off around their home when she was just a puppy. 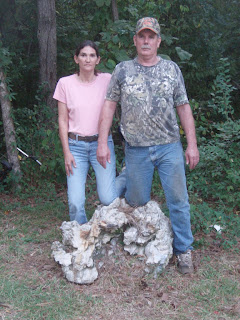 Wilma's cousin, Kenneth Owen White and his wife Dale have about 60 acres in Yazoo City, Mississippi. One of Wink and Wilma's new hobbies is walking creek beds looking for Petrified Wood.
We found several nice pieces of petrified wood, but the prettiest piece is the piece they are kneeling on.

This picture is not flattering of the petrified tree trunk, but it's amazing. He also found an entire petrified log which required him to use a tractor to bring it up from the creek. 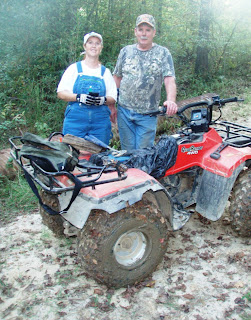 Here, Wilma and Kenneth pose with the Four Wheeler that Kenneth loaned Wink and Wilma to get way back in the woods to the creek. 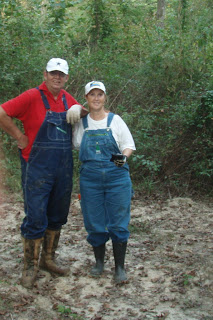 Wink and Wilma Thornton, October 11, 2008
Happy 11th Anniversary.
We bought ourselves these handy overalls from a store that Wilma went to as a child "Black & Whites". It was a step back in time. Nothing has changed at all. The store even smelled the same. Amazing - Wilma didn't want to leave the store. 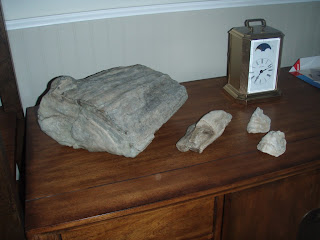 On display at the condo were several pieces of petrified wood and petrified oysters that we found at Wilma's brothers creek.
Mississippi use to be a shallow ocean 40,000 years ago and there are many oysters that were petrified. We also found several sea fossils.
Kenneth found a tooth from a Mammoth. Other interesting fossils like the tooth are on display at the Yazoo City Museum.
Mississippi Petrified Forrest is located in Flora, MS which is just a little south of Yazoo City. 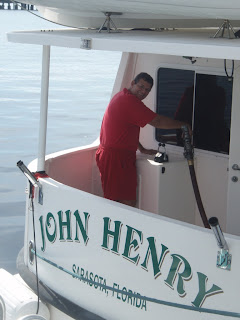 When we returned to the boat, it was time to fill up with Diesel. We only needed about 400 gallons. This is just a top off as we still had about 700 gallons on board.
Diesel was about $3.40 a gallon including tax. 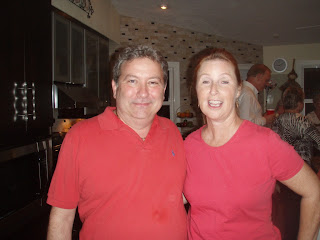 Wilma's good friend Adam hosted a coctail party on Friday, October 17th.
Wilma drove down from Green Cove Springs to Sarasota for the party and to visit with her sister who came in for a seminar in Orlando.

Adam Chicoine and Wilma Thornton
"I told him Mauve, not Orange" 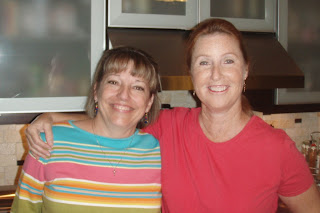 Mary Lynn Desjarlais, Attorney at Law
and Wilma Thornton
This is my friend and my attorney. 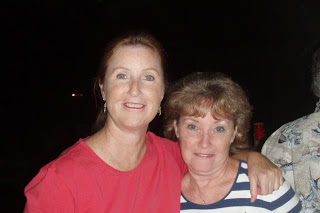 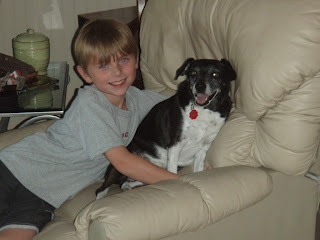 Wilma's great nephew Jax hanging out with Sara, the sea dog. Sara was enjoying her shore leave at the condo in Sarasota.
Sara's full name is Sara Sota, wonder where we got that from. 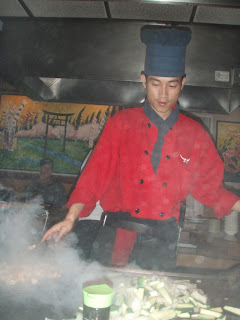 While Wilma's sister, Betty was in Sarasota visiting, they decided to go out for dinner.
Wilma, Betty, Tom (Betty's husband) and Jax (Betty's grandson) went out to The Village on Siesta Key for dinner at To Jo's and had Tappan Yakki.


Our chef really warmed things up for us on this chilly evening.


Now, let's get down to the Police Chase. Here's what the Sarasota Herald-Tribune said in their paper.
SARASOTA, FL -- A man robbed two people Sunday in Sarasota, fled with his girlfriend to Siesta Key and was caught after a police chase, authorities say. The duo, Billy J. Donley and Tammey L. Quinones, first robbed a man Sunday at noon in the 2400 block of Eighth Street, police reports say. Donley then used the man's ATM card and was seen in surveillance footage driving off in a Lincoln Town Car. At 2 p.m., Donley approached a woman riding a bicycle along School Avenue, police say. He shoved a gun in her chest, said "I'm dead (expletive) serious" and demanded money, according to reports. The woman shoved him out of the way and rode away. At 5 p.m., the green Lincoln was seen on Siesta Key. After a short chase, Donley, 49, got out and ran off. He was captured at 6 p.m. and charged with both robberies. Quinones, 40, was accused of driving the getaway car. Both are in jail. Police say woman used a counterfeit $20 bill.
From Wilma, here are the rest of the details. The Green Lincoln sped along Midnight Pass Road crashing through the Gate of our condo, skidding to a halt just before crashing into the condo's swimming pool.
Wilma took a picture of the get away car below. 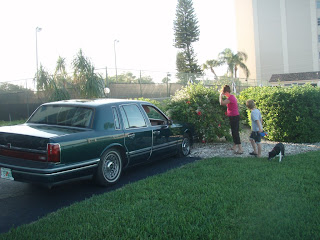 Her sister Betty, great nephew Jax, and Sara the sea dog were checking out the car's flat tire being careful not to touch any evidence. According to other residents, the woman grabbed her bag and ran while the man jumped into the sea channel and swam. A helicopter and sherriff's boat both responded to assist in the search. The woman was capture trying to get out of our complex. The man hid in the mangrove bushes, but the sherriff search every bush and dock until he was found.
Luckily, Wilma's family had just gone inside from the Pool. 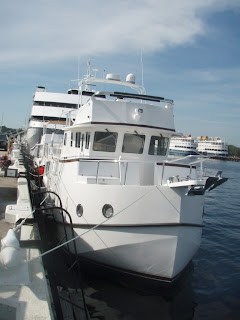 Back at Green Cove Springs, Vegas Girl, a new GH47 was just launched. Her new owners are Heath and Carol Caldwell.

The boat arrived early in the morning and was launch and assemble with flybridge then piloted around to be docked behind Cloud X. 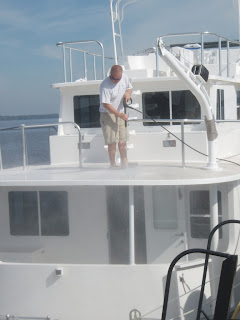 Ryan is doing a great job of cleaning up the outside and Mirage's crews have been over working to get it ready for the owners.


Wink and Wilma along with Sara the sea dog will be leaving Green Cove Springs hopefully on November 1, 2008 heading south and toward the Bahamas.
Posted by Wink and Wilma at 9:44 PM No comments: