Where Has Two Months Gone?

Two months ago - the last week of May - we were traveling north in the ICW. We stopped and enjoyed Cocoa Village - anchoring out just northeast of the Bridge. 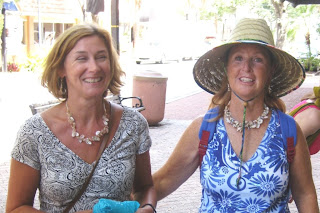 We were traveling with Pat and Pat from Salty Dawg. Pat and Wilma enjoyed shopping in the village. Wilma bought a new straw hat. 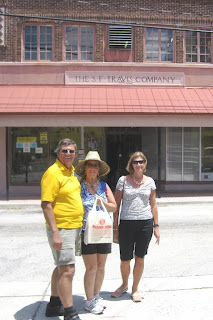 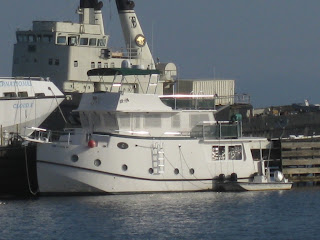 John Henry docked on Pier 2 across from Cloud X. It's great to be back at Reynolds Park Marina in Green Cove Springs, FL. We'll stay here for hurricane season. The Pat's will be staying a month in the Jacksonville area. They had a car stored there, so they drove us to Sarasota, FL to get our car and stayed a few days in the condo. 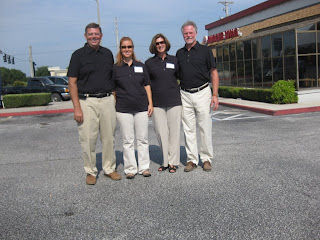 Wink, Wilma, Pat and Pat began to work on a small business venture. We donned our business outfits and hit the road. After several frustrating weeks & medicals problems - the venture is placed on hold. 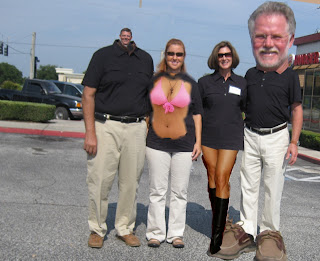 However, Wink did get some photo enhancing software and decided to try it out. If only getting fit was so easy - Wilma thinks. 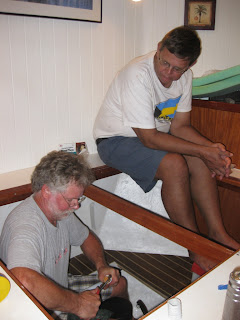 Patrick (the worker) and Wink (the supervisor) work on re-organizing the vent line to the holding tank, changed all of the duck bill values for each of the three vacu-flush units, worked on the windlass, and installed a new intake vent for the master stateroom a/c unit. 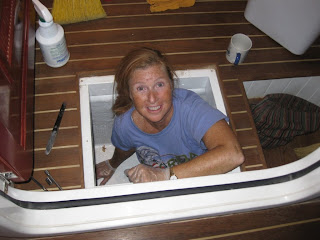 Wilma also helped with each of the projects - cleaning the alley ways and reorganizing stores. This photo also serves as a before photo because Wilma decided to cut her hair. 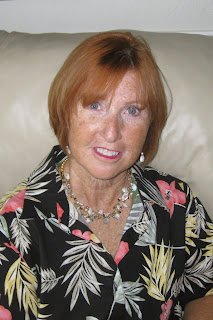 Wilma does like it, but looks forward to it growing out a little bit. 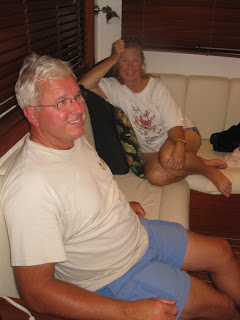 We had a short visit from Neil Ingram and Jerry Ohlman. They stopped by to say hi before moving Shalala to Brunswick, GA. 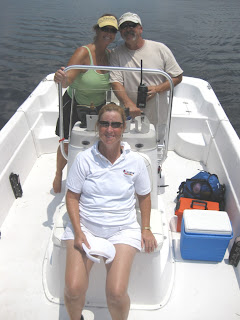 We went out touring the St. Johns River tributaries one Sunday with Christy and George Comrie in their large Carolina Skiff. What a peaceful afternoon. 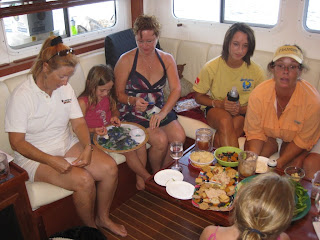 Wilma invited crews of Christina Seas and Esmarelda over for Happy Hour after the skiff exploration afternoon. Wilma shows off her jewelry that she learned to make in the Bahamas and ended up selling 6 necklace/bracelet's.
On one of our trips to Sarasota, FL - we discovered that the high school that Wink attended had been rebuilt and the school was holding a social to come see the old school before it was torn down. The school is 50 years old. Wink graduated 40 years ago. His cousin, Linda (on left) was in the first graduating class. The school is Riverview High School. 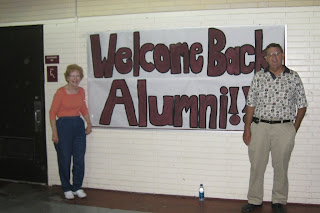 Wink graduated Riverview High School in Sarasota, FL in 1969. He could not afford his high school senior yearbook. The school did have several yearbooks from years past on display. Wilma couldn't help but take a picture of Wink's senior glory. 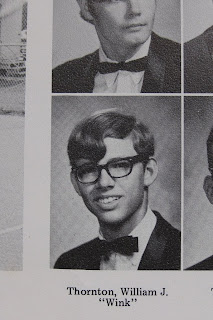 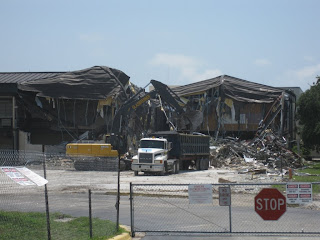 Destruction of the old Riverview School - 2009 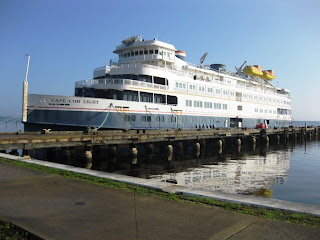 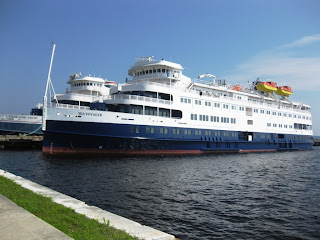 Cape May Light returns after dry dock with a new name: Sea Voyager
See club website - blog for more details. www.ghtacruising.com
Wink, Wilma and Sara the sea dog went to Sarasota last week for medical test and appts. Wink is now on new meds for his RA which will hopefully help with moving around better. The dentist was happy to see him also.
Wilma has a clear bill of health. Sara unfortunately, slipped jumping off the bed onto the tile floors and hurt two disc in her back. She's on bed rest for two weeks.
We returned to the boat on Monday - June 22nd. Apparently while we were away, the Blind Mosquito's decided to raid the boat. There were million, may billions of them dead all around the boat. Wink started to hose down the cockpit, because for a while this is Sara's new poop deck.
The bugs ran green goo - oouuuh. It was all over the boat. After 5 minutes, Wink had itchy swollen hands - he's allergic. Wilma took over the spraying. It took two hours to hose off the boat. The bugs flew from one side of the boat to the other as Wilma hosed the dead bugs off.
On Tuesday, Wilma washed the entire boat top to bottom. It took 8 hours. On Wednesday morning, Wilma again got up and hosed the boat for about an hour and then repeating the process throughout the day. The boat isn't clean anymore, but just keeping the bugs hosed seems to keep the green goo from building up. These bug problems happen in burst and there hasn't been a bad one like this for two years. 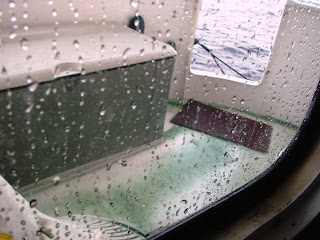