Every year after the Bahama Trip, Wink, Wilma and Sara the sea dog de-clutter and spring clean John Henry, our GH47 Trawler. We pack everything into our car and take it to the condo. This year, we also de-cluttered the condo. Wilma went through every storage container. She either repacked things more effectively, gave things to Goodwill or packed them back into the car to give to her son William in Texas. We also advertised and sold our Kayaks. 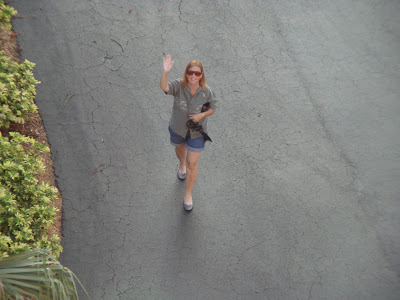 Wink bought himself a new camera, Wilma a new camera, and both granddaughters new cameras this year. Above, Wilma saying hi from the parking lot of the condo while Wink is taking the photo from the Penthouse floor (10th). Who knows which of the camera's he's trying out to make sure they are all working great for our big summer trip. 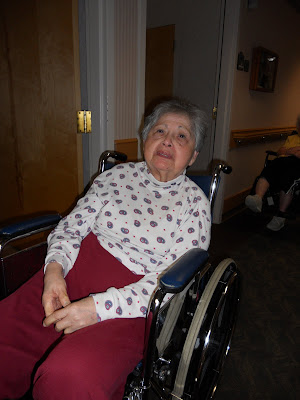 We stopped by the nursing home to make sure Wink's mom is doing well. Not much has changed for Anna. She's not walking anymore, but she can stand and pivot. Her health seems stable and good.
It's been a full 4 years since we moved on board and we've had a great adventure. Upon purchasing the boat, Wink and Wilma planned to live on board for 3-5 years and see where they wanted to go from there. Last year, we put a "for sale by owner" sign in the window just to keep us focused and help us decide if we really wanted to get off the boat or not. We've had some really great times traveling and living on the water. We're ready to see what's next, because actually we don't really know.
From Sarasota, Florida - we went back to Green Cove Springs, FL to John Henry and officially listed the boat for sale with Mirage Mfg. Brokerage. See details at Yachtworld http://www.yachtworld.com/boats/2006/Great-Harbour-Gh47---Mirage---Great-Harbor-2215258/Green-Cove-Springs/FL/United-States .
Wilma drove Wink to the Jacksonville airport on June 12 and he flew to Boston, MA where he was picked up by our daughter-in-law Toni and the two Granddaughters: Amber and Emma.
They live in Derry, NH. Wink made arrangements to stay with them for about two weeks and help them out with a few chores while Wilma and Sara the sea dog made their way to Yazoo City, Mississippi. 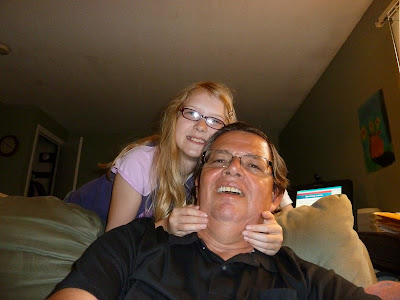 Emma giving her Grandpa a big welcome hug. Note: Emma has long hair in this photo. 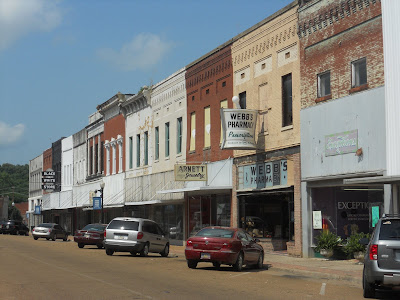 Yazoo City, Mississippi - Main Street - Historic Downtown Has No Damage
Wilma's hometown. A tornado hit in April 2010. According to the news reports, it took out several buildings at the south end of town. One of those buildings were my parent's church. The devastation was much more severe than reported. Several months after the tornado, the town is still cleaning up. The tornado didn't hit any densely populated areas, thankfully limiting the deaths to three people. 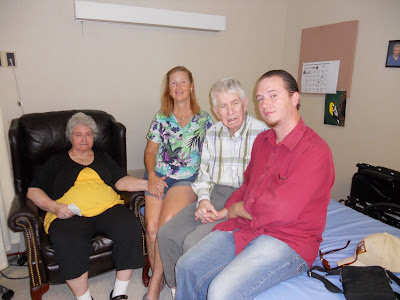 William (Wilma's son) came to visit while she was in Yazoo City. They both went to Jackson to visit Wilma's parents. Claudine, Wilma, Hardy and William. Three generations, best known as
William, Mom, Mamaw and Papaw. 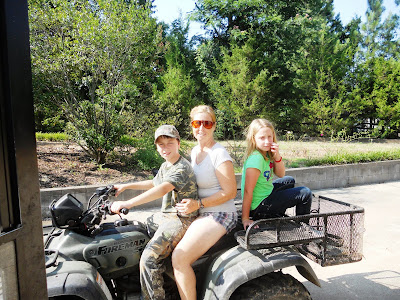 One set of Wilma's Great-Nephew and Niece were visiting in Yazoo City also. Noah and Rachel took Aunt Wilma for a ride on a 4-wheeler. Noah and Rachel live in Dallas, TX. After Wilma's visit to Yazoo City, she headed for Dallas. Rachel needed a ride home as she was headed to summer camp for a week so she hitched a ride with Aunt Wilma.
After a few days in Dallas, it was time for Wink, Amber and Emma to arrive from New Hampshire via DFW airport. Wink and Amber had made some plans to cook several nice treats for us. They're first adventure was Eggplant Burgers. They were awesome. 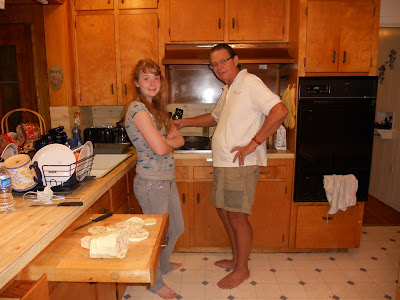 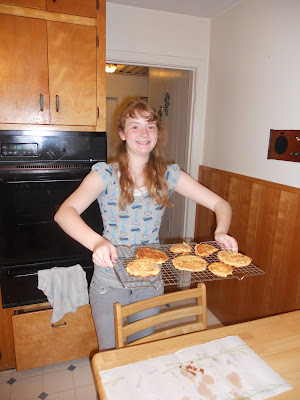 Amber serving up the Eggplant Burgers - which were eaten immediately - without buns. 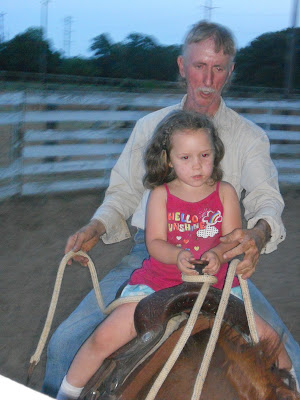 Later in the week, William's girlfriend Sara and her two girls Aila and Madison came for a visit. We all went to The Last Chance Ranch and Stables in Keller, Texas to visit Uncle Timmy. Uncle Timmy took Aila for a short gallop around the round pen. Amber, Emma and Madison also road Razzle in the round pen.
After all the riding was done, we celebrated Wink's birthday with a special chocolate cake with chocolate frosting. 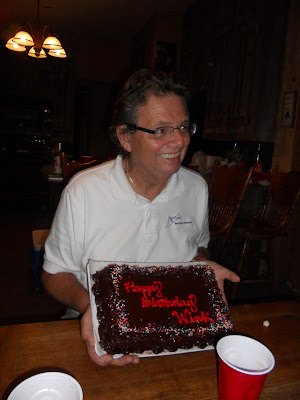 William's trilled to see the girls and spend some special time with them. The girls will spend a week with dad and then go on a three week trip with Grandma and Grandpa before returning to Dad's house for an additional 2 weeks. 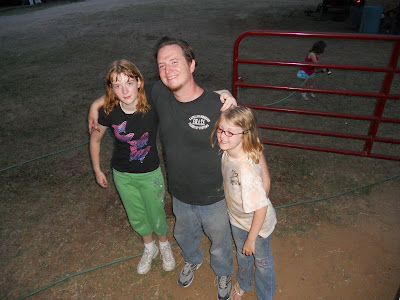 Amber is on the left, Emma on the right and their Dad (William) in the middle. Taken at Uncle Timmy's Ranch near the round pen. 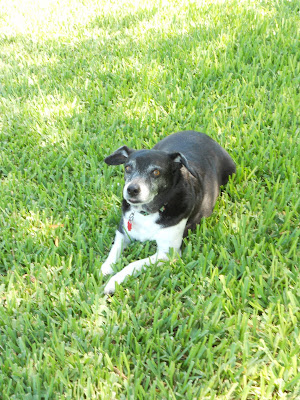 Sara the Sea Dog is enjoying lots of free time with the GRASS. The Green Grass.
Stay tune for the continuing saga of the summer land trip.

Posted by Wink and Wilma at 4:37 PM No comments: